Hi everyone! We have a major update of the game ready for you. Not only does it bring new content to play, we’ve been refining the entire experience, from the beginning to the very end of the game. Here’s what’s new:

• A new, mysterious region to be unlocked. You’ll need to collect badges from the most difficult levels to unlock this special region, which contains the ultimate challenge.

• All levels in the game have been adjusted for timing and difficulty. The beginning of the game should be easier to get through, and the later levels should be free of frustration. The time needed to get the three-star-hat has also been tweaked for many levels.

• Lots of updates to the UI of the game. Animations has been sped up for a more snappy experience, there are now markers over the airports when dragging airplanes to make it more clear where to go, you can see the number and difficulty of the level before entering it, and many more small tweaks.

• The intro and beginning of the game has been changed to make the game easier to get started with, with clearer explanations and fewer chances for failure. If you know someone who would enjoy Fly THIS!, but doesn’t play yet, now is the perfect time to introduce them!

We’ve been working really hard on this update for the past many weeks, and we’re pretty happy with the game as it is now. This is meant as the last planned content update, but we will keep working on the game, to make it an even better experience.

On a side note, Fly THIS! was among 20 games to be a finalist in the Google Play Indie Showcase in London on June the 25th, where we came in the top 10 among some really amazing games. An achievement we are really proud of!

You can read more about the event here:  https://indiegamesshowcase.withgoogle.com/europe/ 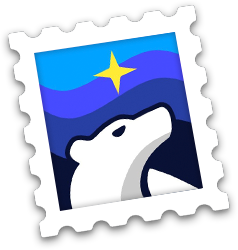